On this frosty October morning, Maple and I checked out of our hotel in Marion, parked one of our cars at our destination on VA-16, across from the Mount Rogers Recreational Visitor’s Center, and then drove to the Barn Restaurant, where we parked our other car and began our hike. 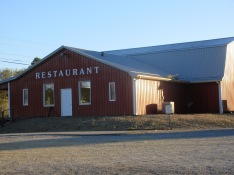 Soon we reached the Settlers’ Museum of Southwest Virginia, which was closed, but I took a photo of the 1894 Lindamood Schoolhouse. We pressed on and soon arrived at the Chatfield Memorial Shelter, which has a running piped spring. It would have been a nice place to spend the night, but Maple and I were on a day hike and had a tight schedule. 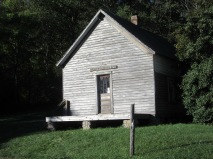 From the shelter it was uphill to the top of Glade Mountain, where there was nice overlook of Walker Mountain to the west. We

could also see I-81 from this location and were surprised to see how far we had walked in less than three hours. Here, Maple and I took a short break to make ourselves a cup of pumpkin spice latte. Um, that hit the spot on this chilly morning!

A mile or so later, we arrived at FR-86, where we made ourselves a hot lunch of noodles with chicken. By this time, the outside temperature was comfortable. The sky was a rich hue of blue. And the trees were still green, for the most part. We took in the beauty around us and enjoyed ourselves.

On Locust Mountain we met the only fellow hikers we would see this day, a couple who had, over the years, section hiked from Springer Mountain to as far south as where we met them. Like us, they were hiking as their schedules permitted, a little at a time. 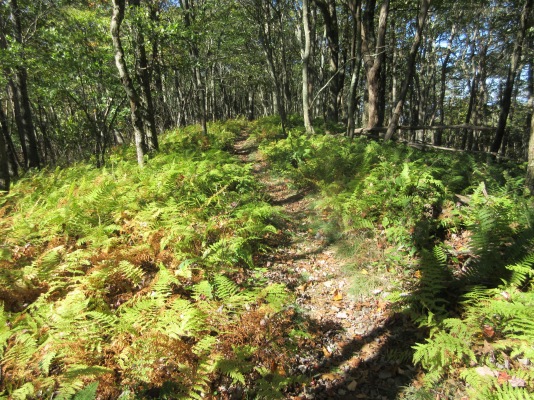 All to soon, our hike was over. But, as we had a 7-hour drive ahead of us, back to Maryland, we were glad to get back to our cars. Until next time.